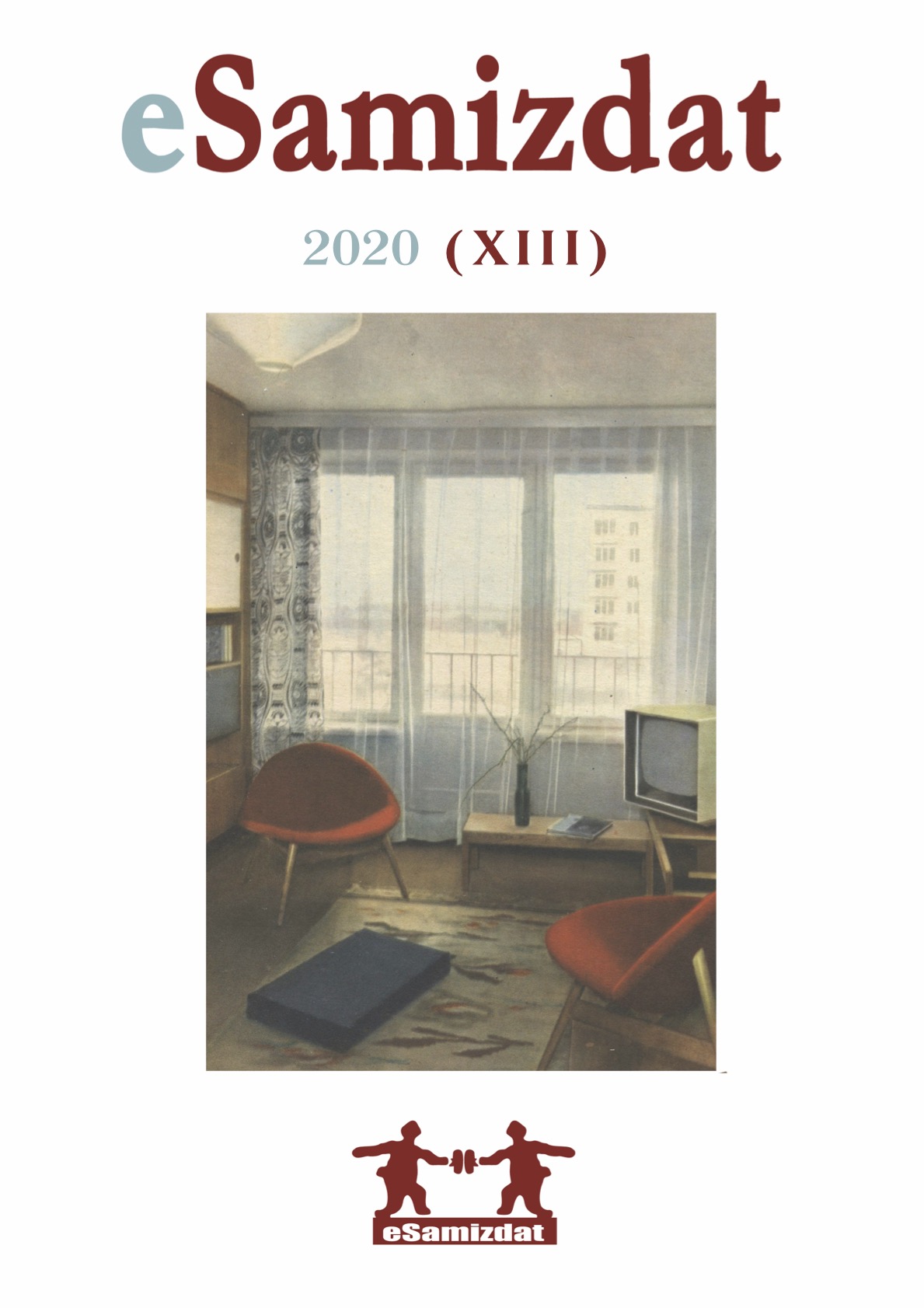 The paper considers the roles played by pictures on the walls of standard, prefabricated apartments (khrushchëvki) built in cities across the Khrushchëv-era Soviet Union. It explores the intimate but sometimes problematic relation between hanging pictures and achieving a sense of self and belonging. The increasingly saturated ‘pictorialisation’ of the interior was hailed by Soviet authorities as a marker of progress, growing prosperity and rising cultural level of the Soviet people, but its relation to the passage of historical time was not unilinear, nor did it passively ‘reflect’ change. The selection and arrangement of pictures could tell more nuanced and contradictory stories about the past and present of those who chose to live with them on their walls, about their social relations, and about the complexities and contradictions of Soviet modernity. The apartment walls were a site for practices of memory and nostalgia, whereby the occupants produced themselves by ‘curating’ a selective past. Displays of pictures could also play a role in overcoming deracination and establishing an identification of self with home in the wider sense of ‘homeland’. At the same time, the culture of hanging pictures was subject to change over time and to social distinctions.

Susan E. Reid is Professor of Transnational and Modern European History in the Department of History at Durham University, UK, and Visiting Professor of Cultural and Visual History in the School of Social Sciences and Humanities, Loughborough University. She holds a PhD in History of Art from University of Pennsylvania. She is author of widely cited publications on the history of Soviet art and design, visual and material culture, gender, consumption, and the everyday, with a focus on the Khrushchëv era and the Cold War. Recent publications include: American Art in Moscow 1959 and the Cold War Politics of the Public in The Cool and the Cold. Painting in the USA and the USSR 1960-1990. The Ludwig Collection, ed. by Brigitte Franzen/Peter und Irene Ludwig Stiftung (Walther König, 2020); How did Material Culture Matter in the Khrushchëv Era USSR? Everyday Aesthetics and the Socialist Culture of Things, in Zeitgeschichte der Dinge: Spurensuchen in der materiellen Kultur, ed. by Andreas Ludwig (Böhlau Verlag, 2019); “Palaces in Our Hearts”: Caring for Khrushchëvki in Architecture, Democracy and Emotions: The Politics of Feeling since 1945, ed. by T. Groÿmann and P. Nielsen (Routledge, 2018); Kak obzhivalis’ v pozdnesovetskoi modernosti (Making Oneself at Home in Late Soviet Modernity), in Posle Stalina (After Stalin: Subjectivity in the Late Soviet Union 1953-1985), ed. by A. Pinsky (St. Petersburg University Press, 2018); Cold War Binaries and the Culture of Consumption in the Late Soviet Home, “Journal of Historical Research in Marketing”, 2016 (8), 1 (winner of the Emerald Outstanding Paper Award for 2017). She is currently completing the monograph Khrushchëv Modern: Making Oneself at Home in the Soviet Sixties on homemaking, consumption, material culture, everyday aesthetics and the popular experience of modernity in the USSR after Stalin.